On 1 September the SRA issued sexual misconduct guidance, an important piece of guidance for lawyers and those working in regulated firms. It doesn’t paint the legal profession in a good light, but unfortunately it was necessary.

The guidance sets out the SRA’s expectations for individuals and the firms that it regulates, going so far as to give examples of behaviour that is – and is not – likely to become a regulatory issue. Its aim is to give the profession a certain level of certainty in where ‘the line’ is.

This is undoubtedly a difficult area for a regulator. It needs to strike a balance between setting the boundaries of inappropriate sexual conduct, and not becoming judgmental or preachy.

One of the issues that the SRA has to grapple with is when a solicitor’s behaviour in their private life (if there is such a thing) becomes a regulatory issue.

The context of this is a string of high profile disciplinary cases involving allegations of sexual misconduct, often involving senior and junior colleagues. There have been suggestions that legal regulators and law firms have a history of turning a blind eye to – and actively covering up – serious sexual misconduct. But times have changed, and in a post #MeToo world, this is simply not acceptable.

More recently, mental health and workplace wellbeing have become a core concern of the SRA. Failing to protect and support colleagues is not an option for law firms and their management teams.

Why the sexual misconduct guidance is necessary

Cases of sexual misconduct reported to the SRA have skyrocketed in the five years since the #MeToo movement gained traction. Over 250 reports were made to the SRA in that period, compared with 30 in the previous five years.

The cause of this increase can be reasonably attributed to less tolerance of unwanted sexual conduct and greater awareness of the issues and societal context, rather than an eight-fold increase in cases. We are all now acutely aware that this type of behaviour is misconduct, and needs to be addressed in the same way as any other allegations. It cannot be swept under the carpet. Silencing complainants with NDAs wrapped up in settlement agreements, hoping that the problem will go quietly away, and the perpetrator will see the error of their ways, is no longer a viable option for law firms looking for a quiet life. An SRA Warning Notice published in 2018 made this plainly clear.

With more cases comes more regulatory investigations and prosecutions. Given the gravity of sexual misconduct, these would almost certainly fall into the realm of the Solicitors Disciplinary Tribunal (SDT). At one point the SRA was warning that it was dealing with a caseload of over 100 serious cases.

The failed prosecution of Ryan Beckwith (see our summary of the facts and issues here) caused a problem for the SRA. Although it was widely regarded as an embarrassing episode for the SRA, the Court’s judgement left the profession with more questions than answers. What is sexual misconduct? When will the SRA get involved? Where is the line between private and professional life? Guidance was desperately needed in order to restore the SRA’s credibility.

Beckwith threw a spanner in the regulatory works

Without wanting to rehash the details of the case, the Beckwith case involved an ‘inappropriate’ sexual encounter between a City partner and a more junior colleague at a private residence following some work drinks. Despite the victim being highly intoxicated, consent was never dealt with as an issue, and the accused solicitor was not convicted of any offence. A complaint was made to the SRA. The regulator referred the case to the SDT, alleging six breaches of conduct.

Of the six allegations, two were upheld by the SDT. Mr Beckwith was found to have (1) lacked integrity and (2) failed to maintain the public trust in solicitors and the provision of legal services. These are two of the core Principles of professional conduct. The sanction was a hefty fine (£35,000 plus £200,000 costs).

On appeal, the Court found in favour of Mr Beckwith. The SDT had made a finding of professional misconduct outside of the rules set down in the Code of Conduct, and it was not at liberty to do so. ‘Inappropriate’ behaviour did not, in this case, justify the misconduct finding, nor the sanction.

“The requirement to act with integrity must comprise identifiable standards. There is no free-standing legal notion of integrity in the manner of the received standard of dishonesty; no off-the-shelf standard that can be readily known by the profession and predictably applied by the tribunal.

“In these circumstances, the standard of conduct required by the obligation to act with integrity must be drawn from and informed by appropriate construction of the contents of the Handbook, because that is the legally recognised source for regulation of the profession.”

“Any attempt to formulate a comprehensive list of what is prohibited and what is permitted detached from the circumstances of a specific case could only provide hostage to fortune.”

Had the facts been different – for example a clear abuse of seniority or some form of coercion – the situation may have been different.

In a direct swipe at the SRA, the Court said, “regulators will do well to recognise that it is all too easy to be dogmatic without knowing it; popular outcry is not proof that a particular set of events gives rise to any matter falling within a regulator’s remit”.

However, a solicitor’s private life, according to the Court, is not off-limits to regulators. “There can be no hard and fast rule either that regulation under the Handbook may never be directed to the regulated person’s private life, or that any/every aspect of her private life is liable to scrutiny.

“It must, in a way that is demonstrably relevant, engage one or other of the standards of behaviour which are set out in or necessarily implicit from the Handbook.

“In this way, the required fair balance is properly struck between the right to respect to private life and the public interest in the regulation of the solicitor’s profession.”

The case left the SRA with a bloodied nose and it needed to clarify its expectations of those it regulates. If sexual misconduct cases are to be prosecuted in the future, the regulator needed to regroup.

In reality, Beckwith did not alter the previous position on solicitors’ conduct. It was fact-specific and the comments made in the judgement did not create new law.

The guidance should be read in full, but some of the highlights are set out below:

What does this mean for firms and individuals?

In the context of the recent guidance on wellbeing (Workplace environment: risks of failing to protect and support colleagues), the SRA makes it clear that firms are expected to put in place a supportive environment and culture; one which does not tolerate bullying, harassment and other toxic behaviours. Unwanted sexual attention would certainly sit within that category. It is not beyond the realms of possibility that the SRA could go after a firm as a ‘secondary’ prosecution, especially where there has been a clear failure to have in place ‘effective governance structures, arrangements, systems and controls’ (para 2.1 of the Code of Conduct for Firms).

Firms therefore need to think carefully about how to proactively address appropriate workplace behaviour and how it links to internal policies, control and supervision.

In the event that an allegation is made against a person within the firm, the use of NDAs as a tool to silence the victim is unacceptable to the SRA. See the 2018 Warning Notice. The use of settlement agreements in this way could directly make the firm an active participant in the ongoing abuse of the victim, which would be misconduct in itself.

For individual solicitors, now that the SRA has set out its stall on sexual misconduct there is no excuse for not knowing where the lines are drawn – even if they are blurred.

What are the wider implications for the regulation of solicitors’ private lives?

The SRA guidance on sexual misconduct is a warning shot to solicitors and law firms. They have taken the lessons of the failed Beckwith case on board and will focus on those cases that fit within the boundaries set out by the Court. These boundaries are quite clearly set out in the guidance, and could be further developed in light of future prosecutions.

It is also important to understand that the guidance also applies to other areas of professional conduct. Whenever the relevant Principles are invoked by the SRA (particularly Principles 2, 5 and 6), the proximity to professional practiceand severity of conduct will be relevant.

This should give solicitors some solace. Whilst it’s not safe to view life outside the office as beyond the regulator’s remit, the SRA does not have free reign to regulate all areas of personal life. In reality, this has always been the case, but it is now clearer what they are willing to prosecute.

Clearly, there will always be grey areas. All cases are fact-specific and no guidance can ever capture all the possible conduct scenarios.

This is one of those situations where separate SRA guidance was sorely needed and appropriate. We have in the past been critical of the SRA’s approach to guidance since Standards and Regulations came into force three years ago. Subsequent guidance has proven to be a handy regulatory tool to fill in the inevitable gaps left by a pamphlet-sized rulebook. Unfortunately for those it regulates, this has resulted in a ‘shadow’ rulebook of disparate guidance that is unwieldy, unclear, disorganised, reactionary and not subject to consultation or LSB oversight.

But credit where it’s due, this is useful guidance from the SRA. 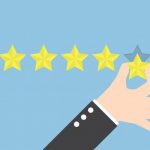