It’s not often that SDT decisions are overturned on appeal, so when it happens it’s important to see what practical lessons can be learned.

The Beckwith case has been one of the most talked about disciplinary decisions of the past few years. Partly because the facts involve a partner at a high profile firm. More importantly, there are potentially wider implications for sexual misconduct prosecutions and the regulation of solicitors’ private lives.

We asked Jeremy Phillips QC and Geoffrey Williams QC (The Disciplinary Team) for their expert take.

Q: What was so special about the Beckwith case?

A: The issue for the regulator, the tribunal and, ultimately, the High Court, turned on identifying where the borderline lay between a solicitor’s private life and her or his professional obligations.

Ryan Beckwith (“RB”) was a partner in a major City firm of solicitors.  Person A was an associate solicitor at the firm working in the same department as RB.  In June 2016 Person A resigned her employment.  A group of people went to a nearby pub and both RB and Person A became intoxicated. They travelled back to Person A’s home in a taxi.  Later on what was described as a “sexual encounter” took place. There was no suggestion of lack of consent and it was not found that RB had abused his position of authority and seniority.

Following a complaint to the Solicitor’s Regulation Authority (“SRA”) proceedings were issued against RB in the Solicitors Disciplinary Tribunal (“SDT”). Six allegations were made against RB.  Two were proved – a breach of SRA Principle 2 (lack of integrity) and a further breach of SRA Principle 6 (failure to maintain the public trust in solicitors and the provision of legal services). RB was fined £35,000.00 together with costs of £200,000.00.

RB appealed to the Administrative Court. He did not seek to disturb the SDT findings of fact but challenged the findings of breaches and the Order for costs.

Q: Why did the Court allow the Appeal?

A: The Court held that the scope of regulation by SRA and SDT depends on the proper interpretation of the standards set out in The Solicitor’s Handbook, in particular the SRA Principles and the Code of Conduct. There was no requirement to apply the term “professional misconduct” when applying those standards, the Handbook being the legally recognised source for regulation. The standards of conduct required must be drawn from and informed by the appropriate construction of the Handbook.  SDT was not at liberty to act outside these Rules.

This approach was applied to the findings of breaches of both Principles 2 and 6. In the latter case the Court held that there was a qualitative distinction between a solicitor acting to the detriment of his own reputation, his reputation as a provider of legal services and the reputation of the profession itself.  It was highly significant that there had been no abuse of seniority or authority over Person A.

SDT had found that by engaging in sexual activity with Person A RB had acted “inappropriately.”  Approaching the matter as it did, the Court did not find this to be sufficient to justify the established breaches.

Q: Does the case make it more difficult for SRA to regulate solicitors’ private lives?

A: The Beckwith Judgment delineates the proper reach of SRA when considering this issue. The approach set out above will have to be applied (as it always should have been) and the Court made it clear that its approach was not any form of permission to expand the scope of the obligation to act with integrity simply by (SRA) making rules that extend ever further into personal life.  Such rules cannot extend beyond what is necessary to regulate professional conduct and fitness to practise and maintain discipline within the profession.

Neither Principle 2 nor Principle 6 have unfettered application across all aspects of a solicitor’s private life because the requirements between each Principle are to be determined by reference to the contents of the Handbook considered as a whole.  There is no hard and fast rule that regulation under the Handbook may never be directed to private life or that any/every aspect of private life is subject to scrutiny but the Principles in question reach into private life only when the conduct realistically touches upon the practise of the profession or the standing of the profession.  It must engage one or other of the standards of behaviour set out in or implied by the Handbook.  Popular outcry is not proof that a particular set of events gives rise to any matter falling within the remit of SRA.

These matters should have been, but were not, in the mind of the SRA when investigating and prosecuting the Beckwith case.

Q: Has the Court diminished the SRA ‘Principles’?

A: The short answer is “No.”  If anything this Judgment has enhanced the Principles by stressing that all allegations should derive from the proper application of the Principles without searching for any element such as ‘conduct unbefitting’ a solicitor.  This common law concept was effectively abolished when the first Code was introduced in 2007.  The Principles have not been diminished but their reach has been defined.

Q: Will the Beckwith case change the appetite of SRA for prosecuting sexual misconduct cases?

A: In our opinion, it should. The SRA has a special team dedicated to investigating a large cohort of these cases.  The much-anticipated volume of disciplinary proceedings has yet to materialise. It seems likely that SRA will now concentrate on those cases involving undue influence, abuse of power or authority, or harassment (particularly in an office or professional setting).

It is unlikely that consensual sexual activities not involving those characteristics and purely conducted in the realm of private lives will be the subject of prosecutions at SDT. Cases regarded as minor infringements of the Principles will continue to be dealt with by Regulatory Settlement Agreements.

Q: Where do we stand on the meaning of ‘lack of integrity’?

A: The Beckwith Judgment does not develop the pre-existing law as confirmed in Solicitors Regulation Authority v Wingate (2018) 1WLR 3969.  This case set out a somewhat tortuous attempt to define “lack of integrity.” The term is rather like the elephant – easy to recognise but difficult to describe.

Essentially integrity connotes adherence to the ethical standards of the profession.  It extends beyond a requirement to act honestly but does not require solicitors to be paragons of virtue.  It involves compliance with both moral and ethical principles.  Again the standards must be related back to the Handbook.  There is no off-the-shelf standard that can be readily known by the profession and predictably applied by SDT and it is undesirable to formulate a comprehensive list of what is prohibited and what is permitted.

Q: What are the practical implications for law firms?

A: Notwithstanding this decision, it is essential that firms take seriously allegations of sexual misconduct – particularly in a professional setting. Firms must be aware that they remain liable to be prosecuted by SRA if they fail to meet proper standards.

Accordingly very serious consideration must be given to complaints or information received other than by way of complaint.

Firms should set up a committee of inquiry comprising a senior element of management and operate a fair and transparent process.  Both parties and any relevant witnesses should be heard and evidence should be carefully noted.  Any relevant employment law steps should naturally be taken. At the conclusion of the process a properly reasoned written decision should be produced.

If the firm reasonably believes that the facts are capable of amounting to a serious breach then there is an obligation to report to SRA. When considering their obligations firms should have regard to the Beckwith Judgment.

Some firms have a tendency to submit reports to SRA as a form of defence mechanism. There is no obligation to adopt such an approach and in our view it is not to be recommended.

This Q&A follows upon two longer articles (#MeToo – Trumped By Ethics? and Integrity and Public Trust: Avoiding an Unruly Mess) by Esther Drabkin-Reiter, Jeremy Phillips QC and Geoffrey Williams QC that appeared in The Solicitors’ Journal in April 2020 and March 2021. 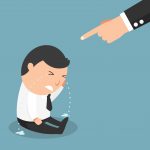 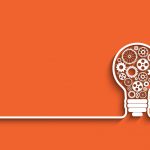