Not long ago, our fortnightly newsletter (COLP Insider) reported the occasional low level fine for firms incurring the ire of the SRA for AML failures. £600 for a lack of risk assessment here, £1,200 for an inaccurate declaration there. Nothing too dramatic – the most damaging aspect of a finding was the naming-and-shaming in the legal press.

Over the past year, however, the regulator’s fining powers have increased from £2,000 to £25,000, the regulatory importance of AML controls has heightened due to Russia’s invasion of Ukraine, and the SRA has increased its AML supervision visits.

This is resulting in an increased willingness by the SRA to issue more significant financial penalties.

The most recent example is a £20,000 fine to a small Oxford firm, Ferguson Bricknell, for anti-money laundering failures.

Now, you might be forgiven for presuming that the firm in question had been caught helping a money launderer or acting in transactions which bore the hallmarks of economic crime. In fact, this was a fine for failing the administrative aspects of the Money Laundering Regulations.

In its decision, the SRA noted that Ferguson Bricknell did not have:

These appear to be systemic failures (described by the SRA as ‘reckless’), and in the regulator’s eyes this “showed a disregard for statutory and regulatory obligations and had the potential to cause harm, by facilitating dubious transactions that could have led to money laundering (and/or terrorist financing)” (emphasis added).

The regulator specifically also referred to its Warning Notice on AML. Failing to follow a current warning notice is always an aggravating factor.

In failing to comply with the Money Laundering Regulations, the firm was found to have committed professional conduct offences, including:

Reading between the lines, the SRA has run out of patience with firms that have not properly engaged with the AML legislation. They see increased fines as a way to beat the profession into compliance. No doubt a lot of firms will be looking at their own AML processes in light of these fines thinking, “are we sure that we would pass an SRA audit?”. 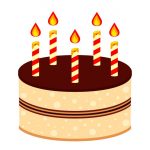