Let’s start with a more basic question: do you actually have a written payment of interest policy for money held in a client account?

Under the old rules, that was mandatory. Under the revised 2019 (no, I can no longer call them ‘new’) there is no explicit requirement in the Accounts Rules.

But that does not mean that the SRA does not expect firms to have an interest policy. You are instead expected to pick up on the requirement in the Client information and publicity section of the Code of Conduct for Solicitors. Of course – where else!

Rule 8.8 says you have to ‘ensure that any publicity in relation to your practice is accurate and not misleading, including that relating to your charges and the circumstances in which interest is payable by or to clients’. This rule is incorporated into the Code of Conduct for Firms under Rule 7.1 (c).

The SRA confirmed at paragraph 73 of an obscure consultation document (you are reading those to interpret the rules, right?) that the removal of the explicit requirement in the Accounts Rules did not signal a change in regulatory policy and that firms ‘are still required to have a clear interest policy in place’.

That’s a long way of saying that (1) you should have a written interest policy and (2) given that Rule 8.8 explicitly refers to publicity, it should probably be made available on your website. Not purely buried in the small print of your terms of business.

Where was I? Oh yes – payment of interest

The interest rules are there to recognise that there are occasions when it would be fair to pass on some interest to the client. Typically when there is a significant amount of money held for a decent amount of time.

So in your written interest policy – which we have established is still a requirement – what do you say about when interest is payable on money held in the client account?

The Accounts Rules are naturally very helpful on this point. You have to ‘account to clients or third parties for a fair sum of interest on any client money held by you on their behalf’ (Rule 7.1).

Well, that’s cleared that up.

Most firms link their interest policy either to the Bank of England base rate or to commercial rates available from a specified bank. That seems reasonable.

What is the de minimis amount in your payment of interest policy?

But if you had to pay out on that basis on every client balance held, it would cause an administrative nightmare. Which is why you are permitted to say that you will not pay interest below a certain threshold.

It used to be that the rules set a de minimis amount of interest, under which you did not have to pay the client a penny. The cost of calculating and distributing interest being disproportionate to the amount paid out.

£20 was the last mandatory de minimis figure we had, and looking around at various firms’ interest policies, we see that many have clung onto that figure for the past 15 years or so. Probably for fear that going beyond that figure would be judged by someone, somewhere, to be unfair.

But that approach would be against the spirit of principles based regulation, the inherent basis of which we are told is flexibility.

It is up to you to decide what is ‘fair’. That includes what is a fair de minimis figure.

But we are also in a higher interest rate environment so extending that level might well be warranted. Why? Because higher interest rates will mean that your de minimis figure will more easily be reached which will, at least to some extent, undo the reasoning behind setting the bar in the first place.

And it would be a brave principles based regulator who tries to stop them. Particularly if the firm can elucidate on their thinking behind ‘fairness’. For example, maybe they have a very sophisticated client base for whom receiving a piddling £50 here and there would be more of an annoyance than a benefit.

Clearly, that logic may not apply equally to individual clients.

The SRA would no doubt say that a firm’s view of ‘fairness’ is none of their business. Up to a point, anyway.

Which does beg a fundamental question. If there is no line….where is the line? We could probably all agree that we would struggle to justify a de minimis figure of say £500. But where does it get difficult ethically? £75? £100?

Unfortunately, there are no easy answers. But in the spirit of trying to provide some practical guidance, let’s stick our neck out and say that you’re probably safe anywhere under £50.

This is the fundamental problem with loose principles. We all like the flexibility, but don’t much like having to make a judgement call without clear guidance. 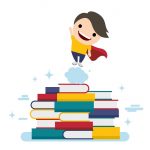