Those of you who read our newsletter and blog regularly (love you both!) will know that I have had a bee in my bonnet about SRA guidance and the new Standards and Regulations for the past year or so.

My problem with it can be summarised as this:

On the one hand, we have been graced with this entirely new rulebook; one that is stripped bare of all unnecessary fluff and concentrates on the core risk areas. It is designed to let lawyers use their professional judgement to decide whether something is ‘compliant’ or not. Flexibility is at its core.

And yet, our regulator has seen fit to publish an additional raft of guidance to the new rules. I have given up counting, but last time I checked the total was around sixty additional guidance notes that we are all expected to have read and applied to our practices.

Ah yes, but these are not rules, you might say. They are just guidance – so long as we follow the official rules we will be fine. Well, indeed. The guidance does not carry the same weight as the SRA Principles, Accounts Rules and Codes of Conduct.

But all these ‘resources’ are stamped with the same regulatory health warning: “This guidance is to help you understand your obligations and how to comply with them. We may have regard to it when exercising our regulatory functions.”

Forgive me for over-simplifying, but in my book that makes the guidance as important as the actual rules. Practitioners have to know what the guidance says in order to comply with the rule, and vice versa.

How does that stripped-down flexible rulebook look now?

And let’s not forget that the guidance also:

Stop me before I sound like a broken record.

It also is becoming apparent that there is inconsistent advice coming out of the SRA. Take the following two examples:

We asked the SRA whether it would be possible in theory to furlough a COLP under the Coronavirus Job Retention Scheme, if they were only on furlough for three weeks at a time, and were deputised in their absence (so, a bit like a long holiday). The answer we received in correspondence suggested that this would not be allowed since the firm needed a COLP in place at all times. It follows that an attempt to furlough a COLP would almost certainly be a reportable breach.

Imagine our surprise when, days later, the SRA issued guidance on its website to the contrary, which seems to suggest that furloughing a COLP for up to four weeks might be okay. Given also identical scenarios, there are two completely different answers.

We have seen a letter from the SRA in response to a request for guidance to conflicts of interest in residential conveyancing.

As you (should!) know, the regulator has always been very hostile to the idea of a solicitor acting for buyer and seller in a transaction. In a principles-based world, it is difficult for them to come out and say that, so the tactic since 2011 has been to put up so many informal barriers, that in practice it would be a very brave solicitor that attempted to act on both sides.

There has been some recent speculation among regulatory geeks (my people) that the SRA may have softened its stance, since the Standards and Regulations are explicitly non-prescriptive, and the conflict of interest guidance is silent on the matter.

But no. The letter we have seen from the SRA in fact restates the previous position (summary: it’s ultimately your decision – but be warned, we really don’t like it, so watch your step). Like it or not, that is at least quite a helpful steer, so presumably one that they would be keen to put on their website for everyone’s benefit? Nope. They have “no plans” to update the official conflicts guidance, instead directing the recipient to the Law Society’s (admittedly helpful) practice note.

It is incredible to me that a regulator would be so willingly obtuse, particularly in an area of compliance as common and important as this. If you are going to give guidance, give it to everyone.

This is based on one small consultancy’s experience, and has no scientific basis. I would not want to extrapolate our experience to an entire profession. But it begs the question: just what are we being told in private that is either wrong, inconsistent, or would be useful to everyone?

Now, before I start sounding like an SRA-hater (I am not), there are some very positive things about our regulator. There are many talented people there, who try their best to help when asked a direct question, within the confines of the organisation.

I also believe the Standards and Regulations was the logical next step for principles-based regulation. It is a triumph of the ‘red tape bonfire’, and in theory is a modern rulebook which should help law firms innovate and concentrate of core risks and ethics. It gets a solid seven-out-of-ten from me.

But the guidance is an absolute mess. It is unnecessary, and evidence of a lingering old style of regulation that cannot completely let go of rules.

In the process the SRA is undermining the actual rules, and making life a lot more difficult for practitioners. Most of us could live with either strict black-and-white rules, or an entirely principles-based approach. But the halfway house is the worst of both worlds. It makes compliance a thing partly of chance.

And there is no excuse for inconsistent advice. That smacks of either an organisation without a coherent understanding of its own rules, or one that is making it up as it goes along. Either way, that makes being regulated a dangerous place to be. 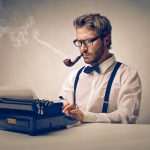