By Jonathon Bray
Posted 27th October 2022
In Industry Insights
That sinking feeling: How many of these real life mistakes can you identify with?2022-10-272022-10-27https://www.jonathonbray.com/wp-content/uploads/2018/01/jonathon-bray-logo-hires-small.pngJonathon Brayhttps://www.jonathonbray.com/wp-content/uploads/2022/10/silly-mistake-scaled.jpg200px200px
0

A couple of recent posts on the r/uklaw forum invited lawyers to share their horror stories of mistakes they had made early in their careers.

It made me think back to my early days of practice and how many clangers I made – or came close to – on a daily basis.

There are probably lessons to be learned from these insights:

The last one is the most important – it can escalate from an oops-moment into a strike off.

For now, just relish the fact that these things didn’t happen to you:

Does anything sound familiar?

It is important to remember that similar oops-moments happen at most law firms day in, day out.

Somebody in your firm has probably had sleepless nights this week over something that is most likely fixable.

If you are a law firm leader, ask yourself this: am I confident that people can come forward and take ownership of their mistakes?

If the answer is no, what does that say about the firm and the problems that are being stored up? [Aside: Viewers of the BBC comedy ‘The Outlaws’ will be familiar with the concept of the ‘cupboard of chaos’. Seems relevant here.]

This comes down to culture. Primary school children are often encouraged by teachers to embrace their ‘marvellous mistakes’. For good reason – they are a learning opportunity, and people don’t react well to being scolded for unintentional errors. We are all just imperfect humans destined to drop the ball occasionally. 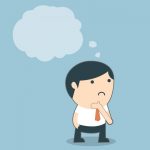 Register of overseas entities – is it too risky to be a verification agent?Industry Insights