That was the conclusion reached by Geoffrey Williams QC at a recent webinar hosted by Jonathon Bray (‘Not safe for work: Where are the boundaries for solicitors?’).

He continued that regulators should instead focus on tackling the firms creating these toxic workplaces because harmful cultures result in solicitors making poor ethical decisions.

Mr Williams and his fellow silk, Jeremy Phillips QC, were part of a panel discussing the boundaries between a solicitor’s professional and private life.

Ms Clifford is vocal about the damage bullying and harassment has inflicted on the legal profession. She said that these problems are not new, but thankfully society’s attitudes are changing. It is the duty of law firm leaders to protect the wellbeing of their employees by taking a zero tolerance approach and putting support in place.

She was hopeful that the new SQE qualification route could improve social mobility, and in the process undo some of the demographic features of the profession which have perpetuated poor behaviours, such as sexual misconduct.

The panel roundly agreed that mental health and ethical behaviour are closely intertwined, and that junior lawyers are particularly at risk. The mental wellbeing of legal professionals is an evolving but long term trend, and law firms should take steps to take care of their people.

At the very least, all staff should be aware of LawCare’s free services.

Rachael Eyre suggested that the SRA could easily add a specific rule into the Code of Conduct for Firms, to explicitly force regulated practices to prioritise employee wellbeing.

The silks on the panel were unenthusiastic about calls to introduce a ‘fitness to practise’ test for solicitors. Although this would give the SRA an alternative regulatory path to protect the public from solicitors who have made poor decisions as a result of ill health, it would add complexity to a system that is already complicated enough.

The effect of lockdown

The panel discussed the likely impact of increased working from home arrangements. This is likely to be a long term trend and law firms need to tackle the challenges of supervision and lack of visibility.

It is naturally harder to know what an individual is doing when they are not in the office. Hiding mistakes is also easier.

Helen Clifford noted that it is harder for managers to spot and deal with bullying and harassment when everyone is out of the office.

The panel agreed that solicitors are under a professional and moral duty to call out and report these bad behaviours when they see them.

On the lessons from the recent Beckwith case, Jeremy Phillips QC said that regulators will look for evidence of abuse of power in future sexual misconduct prosecutions. Without abuse of power, a private encounter between colleagues is beyond the SRA’s regulatory reach, even if one party regrets the encounter.

It is understood that the SRA is reviewing over one hundred sexual misconduct investigations in light of Beckwith.

The SRA declined to put forward a speaker for this event. 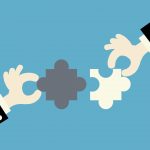 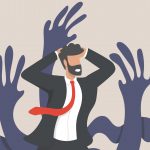