So you’ve submitted a DAML…What next?

The NCA will probably contact you within 7 days, either for further information or to give or refuse the defence you have requested.

If they have not contacted you by Day 8 (it may be paused if queries are raised) consent is assumed and you can carry on.

Where you have been refused consent, law enforcement has up to 31 days after the consent was refused (so a maximum of 7 plus 31 days) to obtain a constraint order. If they have not obtained one by Day 32 after the refusal, then consent to the DAML is assumed. This means you will not end up in a limbo position where you have funds in your account that you cannot do anything with for a long period and end up in breach of the SRA Accounts Rules.

When can you tell the client you have made a Defence Against Money Laundering application or Suspicious Activity Report (SAR)?

A note on Legal Professional Privilege

First things first. If you have submitted, or are submitting, either a Suspicious Activity Report (SAR), or a Defence Against Money Laundering (DAML), then you will have already decided that Legal Professional Privilege (LPP) does not apply to the matter.

Whether or not LPP applies is a complex area and you may need to take advice.

We all know that we cannot tell a client that we have submitted, or are submitting, either a SAR or a DAML.

In the case of a DAML, there is an awkward period of waiting for the NCA to approve the defence. In that period you (in general) cannot tell your client what is happening, even if it has meant a transaction has to be paused at a critical point. This applies whether the report was to the National Crime Agency (NCA), another relevant authority or to your own Nominated Officer.

However, you can continue to act for the client so long as you don’t let the cat out of the bag. You can take any steps other than those which would be irreversible or risk committing an offence (e.g. completing on a transaction).

Why can’t you tell your client the reason for delay?

There are two offences that need to be avoided at all costs.

The first is ‘tipping off’, which is contained in s. 333A Proceeds of Crime Act 2002. This only applies where the information is received during the course of business in the regulated sector.

A tipping off offence happens you let slip that a report has been made to any of the relevant authorities (including the NCA).

The second offence is ‘prejudicing an investigation’ contained in s. 342 Proceeds of Crime Act 2002. This applies to all sectors, whether regulated or not.

For both offences, the real test for whether or not you can tell your client what is happening is whether you may be putting an investigation at risk. The main case law is Shah and anor v HSBC Private Bank UK Limited [2012] EWHC 1283 (QB)(Shah). Let’s look at each bit in turn.

For this to apply, the information has to come via work in the regulated sector (e.g. property work, not litigation) and divulging information about making a disclosure is likely to prejudice an investigation, meaning if the individual knew there was potentially a law enforcement investigation they may move or hide assets, destroy evidence, or put pressure on potential witnesses.

There are four exemptions to this, where you can tell someone you have submitted a SAR or DAML. The first is in s. 333B, which is a disclosure within your organisation or group of companies. This should be limited to those who need to know and can include the group legal adviser or other relevant professional advisers. The organisation or group must be within the EEA or territories with equivalent money laundering regimes (how Brexit affects this has yet to be determined).

S. 333C allows for disclosure to other relevant professionals, particularly lawyers, within a transaction where it is to prevent an offence being committed and where they have equivalent duties. This can also include financial institutions.

The third and fourth examples are in s. 333D, which are disclosing to your supervisory authority (for lawyers, that means you can tell the SRA), and finally you can tell your client but only where it is to dissuade them from committing an offence.

The s.342 offence is committed where you know or suspect that there is or is proposed to be an investigation around the confiscation of property or funds, or for a civil recovery, exploitation or relating to money laundering investigation either being or about to be conducted. The offence can be either telling someone about something that will prejudice the investigation or doing something to destroy, conceal, falsify (etc) relevant evidence.

If you don’t know or suspect that there is an investigation, or that disclosing the information would prejudice the investigation, there is no offence. It is the same if you did not know or suspect the documents would be relevant. If you are compelled to disclose the information due to POCA 2002, that isn’t an offence either. You can disclose to a professional legal adviser for the purpose of getting legal advice, or to a person in connection with legal proceedings (including contemplated).

Mr Shah was a very wealthy client of HSBC, with a personal banker. He operated internationally and was based in Zimbabwe. Mr Shah asked HSBC to move around some money. They became suspicious and applied to SOCA (the previous incarnation of the NCA) for a Consent Order (the old name for a DAML).

There were a number of changes in instruction from Mr Shah and a number of related requests for Consent Orders. While waiting for one of the responses, the Zimbabwe authorities began asking questions. Mr Shah in turn asked questions of HSBC about whether any reports had been made relating to money laundering. HSBC refused to respond on the point, which was asked several times. Even when HSBC received the Consent, they did not respond as they did not know whether there was an investigation.

Mr Shah made a claim against HSBC which included the submission that they should have informed him about the report when asked. They defended on the basis that this would have been tipping off and, or prejudicing an investigation. During the trial it transpired that there had been an investigation launched as a result of the report. Had Mr Shah been informed of this by HSBC, this could have prejudiced the investigation had Mr Shah taken steps in relation to any evidence or disposed of assets not currently held at HSBC.

The judgment contains a lot of the evidence given by law enforcement agencies around the investigation. They confirm that:

So, tell me again, when can I tell my client or other party that we made a SAR or DAML?

Unless an exception applies (eg telling another lawyer involved, telling a client to discourage them from committing an offence, disclosure within a group or to the SRA), you simply cannot.

If you have submitted a SAR or DAML, regardless of whether there is a defence allowed and regardless of what you hear from law enforcement, you cannot tell the clients or others as you certainly fall within the ‘suspect there may be an investigation’ bracket.

If the client tells you there is an investigation underway, then disclosing may not prejudice it. But that is a decision you need to make based on the facts of the individual circumstances. Even then, telling a client could pinpoint what the investigation is looking at when they don’t know.

If you do decide to tell the client, or anyone else, record your decision. If it is due to an exemption, record why you think that exemption applies. If you think disclosure would not prejudice an investigation, record why. Remember, if it isn’t written down, it didn’t happen and you could have difficulty proving you did not know or suspect during a trial.

This Law Society note is worth 10 minutes of your time and has some worked examples and helplines. 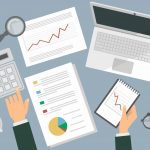 You will not enjoy this article: Law firms need to monitor their financial stabilityIndustry Insights