Solicitors and law firms need be aware of recent CPS prosecution guidance update. It has potentially extended the reach of the ‘failure to disclose’ money laundering offence.

What is a section 330 ‘failure to disclose’ offence?

Section 330 of the Proceeds of Crime Act (POCA) is often overshadowed by the other AML offences. We all know we mustn’t help or facilitate money laundering. And most of us are aware of the ‘tipping off’ offence once a report has been made to the authorities.

But it’s worth reminding ourselves that failing to make a suspicious activity report can itself be an offence.

This provision is directly aimed at professional advisers. Lawyers cannot be wilfully blind to their suspicions. They also cannot avoid reporting duties by refusing to act for a client.

Once we have knowledge or suspicion of a financial crime, we are obliged to report it.

Thankfully, prosecutions under section 330 are few and far between. Most lawyers are well-versed in the main POCA offences.

But new CPS guidance on the prosecution of money laundering offences has the potential to increase lawyers’ exposure to the ‘failure to disclose’ offence.

The new guidance makes it clear that ‘failure to disclose’ can be prosecuted as a standalone offence (“…it is not necessary to prosecute the defendant or other persons for money laundering under sections 327-329…”).

That means the lawyer could go to jail for up to five years, even if the actual criminal is not prosecuted.

Prior to June 2021, the CPS did not prosecute section 330 offences unless there was sufficient evidence that money laundering was planned or undertaken.

That has all changed:

Would a court take the same view? Who knows. But it’s certainly not worth testing out.

What to do in response to the CPS guidance 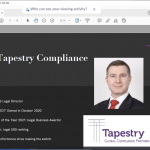 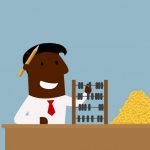 The importance of WIP valuationIndustry Insights