The SRA says solicitors should not “generally” be acting for buyer and seller due to client conflict concerns. But is that correct?

At the recent SRA COLP & COFA conference (Your compliance queries session), there was a strong reminder from the SRA that law firms can rarely act for buyer and seller in conveyancing matters.

A delegate asked directly, “Can you act for buyer and seller if you have informed consent?”

The answer was a definite warning to conveyancing firms. “This is not generally a situation where you should act”.

This is not a new message, but it was quite forcefully put by the SRA Ethics representative.

The reasoning seems to be:

And yet, acting for buyer and seller in property transactions is not that unusual in practice. It is often at the client’s request, or perhaps because the clients are well known to the firm.

Acting for buyer and seller has not always been a problem

In fact, in the Guide to the Professional Conduct and Etiquette of Solicitors (1960) held the opposite message:

“There are a good many conveyancing transactions in which the possibility of a conflict of interests between vendor and purchaser is remote and rarely experienced in practice. There is thus nothing inherently improper in a solicitor acting for both [parties]…

“The complete cessation of the practice of acting for both parties would cause hardship and inconvenience to the public, particularly where both parties are already established clients of the same solicitor.”

This approach continued until the SRA’s birth in the mid-2000s.

The 2007 SRA Code of Conduct contained very prescriptive rules on conveyancing, much of which concentrated on acting for buyer and seller. This signalled a much more restrictive view of property conflicts.

The 2011 Code took it a step further, suggesting that acting for buyer and seller “may tend to show that you have not achieved [the conflict of interest outcomes]”.

“There may, of course, be some conveyancing situations where there are no conflicts of interests, although, for example, as between a buyer and seller we expect that these will be rare. Our intention was not to prohibit acting in such cases, but rather to put the onus on firms to make the assessment as to whether a conflict exists”.

Roughly translated as: we’re not going to say don’t do it because that wouldn’t be very principles-based, but get it wrong and you’re on your own.

Although the resulting Indicative Behaviour was not officially a mandatory part of the rulebook, in practice it was a clear message from the SRA.

And since most solicitors are not in the business of picking fights with their regulator, it resulted in a de facto rule. Many firms stopped acting for buyers and sellers for fear of putting themselves in the firing line.

This is despite the strong argument that:

The current position on acting for buyer and seller

It’s very much up to the individual lawyer to look at the instructions and make their decision, in the knowledge that the SRA doesn’t like it.

Which, frustratingly, is very much principles based regulation in a nutshell.

Unhelpfully, the 2019 Standards and Regulations are completely silent on the point.

You would think it would have at least been dealt with in the SRA’s Guidance on conflicts. Unfortunately not.

Which leaves us in the unsatisfactory position of having to rely on informal comments made by ethics advisers in webinars. Or going back to outdated rules.

Incidentally, this is a good reason to not get rid of old copies of SRA rules. As rulebooks get slimmer and guidance comes and goes, the old rules are useful for interpretation surprisingly often.

What’s your approach to acting for buyer and seller?

Some firms still do act on both sides of conveyancing transactions. Very often, they are multi-office practices where the solicitors feel there is a sufficient distance to justify the risk.

If you are one of those: 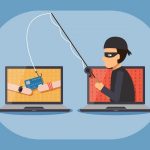 Fraud and cybercrime: What law firms need to knowIndustry Insights 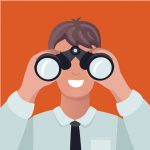